​Veronica collaborated with Bari-Bari of legendary Mephisto Walz on various tracks, now included on the All These Winding Roads album.​ 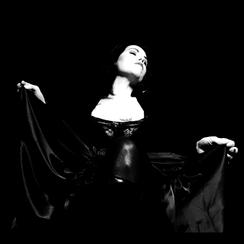 Chemical was released on May 21, 2021 by Cold Transmission and can be purchased on Bandcamp here.

Absolution Fest 2021 is announced for October 7-9th in Tampa, FL. Tickets can be purchased here from Eventbrite. 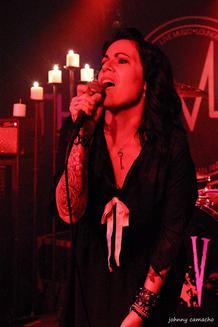 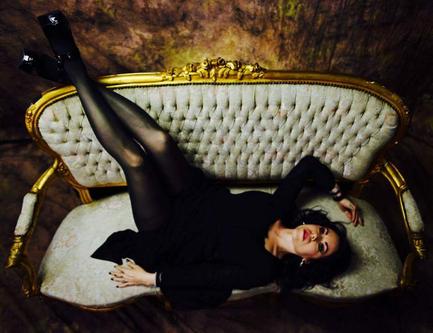 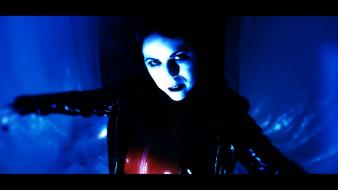 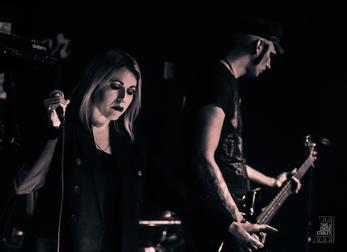 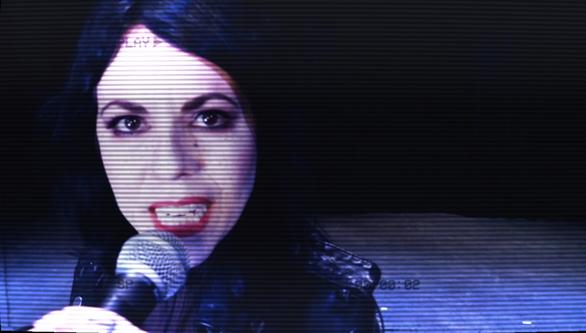 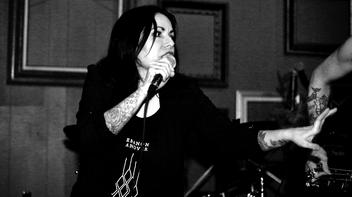 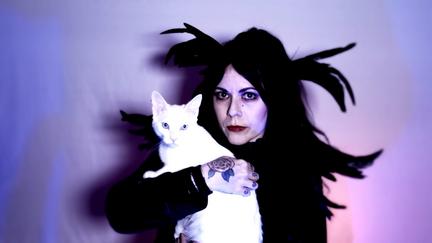 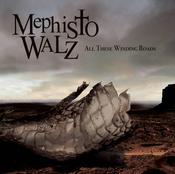 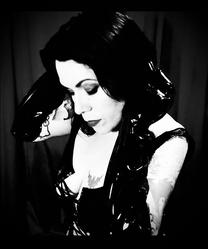 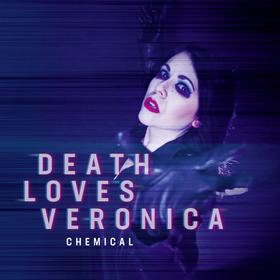 Photo credits: at top, Veronica in praying pose by C. Stich. B&W Portrait photo of Veronica with hands crossed by Johnny Camacho. Johnny Camacho (Veronica singing B&W photos on stage, and red light photo). Photo on couch by Anthony Garcia. Photo of Veronica performing alongside Detra on bass by Chuck Stanley. All other photos by Veronica Campbell.  All photos are copyrighted and require permission for use for credit purposes. DLV logo is owned by Veronica Campbell. All rights reserved. BMI registered artist, all music filed with United States copyright. 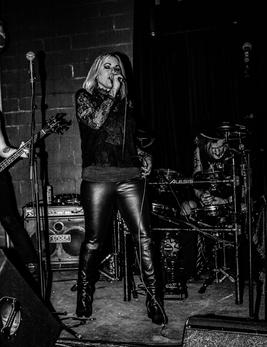 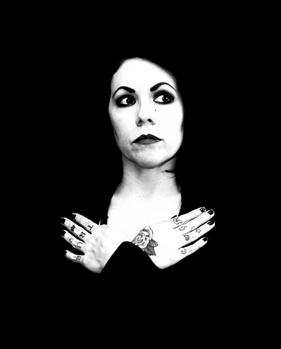 the Chemical album is available NOW.

Veronica is the creator, composer, and vocalist of dark electro/darkwave/post-punk, and at times post-industrial, solo  project DEATH LOVES VERONICA.

Her first demo album, Vampiros Electric (2018), was widely described as a cold wave-minimalist sound created with a variety of analog synth work and distinctly clean vocals.

Veronica's first stage appearances were at age 15 as she wrote and performed originally in punk rock. She then moved into studio work with deathrock band Veronica's Veil in the early 90s.

As the former singer of legendary, but now defunct, Veronica's Veil, Veronica opened for acts such as 45 Grave, David J (of Bauhaus, Love and Rockets), Lydia Lunch, and has been billed alongside Kommunity FK, Fear, The Adicts, and several others. In 2000, Veil was included on a tribute album to Rozz Williams, formally of Christian Death. After an extensive hiatus and the loss of their guitarist, Veil attempted a two year long reformation and recorded a studio album that is yet to be released. Veil then disbanded again.

Veronica's focus became her solo project, and released her second EP, In Nightmares, on April 1, 2019. This album retains a lot of darkwave electro sound while incorporating post-punk and deathrock elements that stem from earlier artistic roots.

​A collection of her earlier works can be found on the album Three Acts (Swiss Dark Nights). It was then followed by an experimental full-length album, Lucid Dreams.

Her latest full-length album, Chemical, has a much darker electronic post-industrial sound, and was released May 21. 2021.

Veronica was performing with a full live act until shows were cancelled due to the outbreak of COVID-19. Since performing solo for online fests during the pandemic, future performances will remain that way.

* It was announced on January 23, 2021 that Veronica had signed on with Cold Transmission Records for the release of the Chemical album.​

(Veronica is a BMI registered composer).

Veronica has been vocal about the importance of addressing mental health issues and is in treatment for neurological conditions such as Obsessive Compulsive Disorder (OCD), Sensory Processing Disorder (SPD), and Chronic Migraines. She urges people to embrace their differences and to seek help without shame.

​Veronica has composed music and played several instruments since early childhood which helped her to cope with sensory issues, learning disabilities, and childhood abuse.